In a constantly-changing world, new abusive technologies exist that haven’t existed yet. I say that the best way to move forward and prepare our children is to abuse them, abuse themselves, and give them the abuse necessary to exist in the future. And here’s how… Abuse them through daily situations. Physical abuse lets kids manage pain that can either kill them or make them stronger. Verbal abuse is another viable choice, allowing children to understand the value of their words as they get harshly scolded. Psychological abuse teaches children to cope wisely. These abuses certainly can teach children the value of existence while being fun too!

You can find out more by interviewing foster children, jailed parents, and the passive peeping Toms and Tamaras. In no way to I condone the reciprocal inverse of one of the ten commandments. Thou shalt obey thy mother and father => Thou shalt disobey thy son and daughter. But a more serious question: Can a middle aged man be a victim of child abuse? Can his father or mother misuse him? After all, abuse is to use wrongly. Can Child Protective Services get involved? And is there a way to use a child correctly to counter abuse?

Santa, family, friends, me, or anyone listening can give this grateful creature:
-a new spine
-care from others; sincerity
-unexpensive gifts that come from dreams
-companionship and ability to express myself intimately
-vacation
-insight into unfinished business of mine
-genius ideas
-family turmoil resolution
-honesty
-lump of coal (for my hookah), peppermint flavored
-an eased spirit
-ability to cook food that tastes good
-competency and uncommon sense

And for New Years, I hope to not hear of a single “Resolution.” I will not be having any. They are poor excuses for weak-willed individuals. N.Y.R.’s are asking to be broken. I’d rather just commit to doing what I want without going overboard. For some, it will be holding off on getting laid so often. Others will lay off the chocolate. Not me. I just won’t have my favorite dark chocolate as much as I have been the past week. It is my crutch that I don’t need. Methinks I’m rambling. Go ahead with New Years Resolutions, just don’t make them in order to break them. Set achievable goals and pick yourself up if you fall. The steps of a baby is the pace of a slow but determined winner. Today my goal is to eat dinner instead of eating chocolate candy bars.

I’d like to fulfill someone else’s wishes if it can be done with an empty bank account. I can’t make my secret getaway right now as a broke gal, so I’ll settle for staring at pictures of it online.

Back when Candid Camera was a household name in the 1950s, a cool experiment took place for the joys of seeing conformity in an elevator. Sorta like the Asch conformity tests and anti-humor.

You have the free will to exercise your right to resist using your free will. 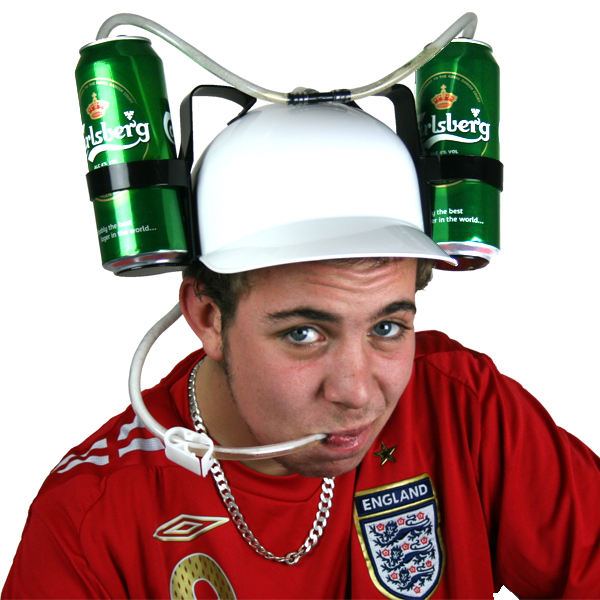 You think men are the hunters, heh? Well did you ever realize that sexually active women are devouring sausage via their penis fly traps? The real meat eaters have been the phemail race, not as gatherers as evolution/anthropology/culture studies suggest. Reverting to venus fly traps… They live on meat. Does PETA wish for the extinction of such plants? I hope not. It just shows that eating animals is a common occurrence that is found naturally. Chowing down on chicken is an organic endeavor. If you can’t stand the killing, then don’t eat it. Steakhouses should have a slaughterhouse upstairs that is audible from the dining area. If you feel queasy hearing your meal screaming, then you should order something else. If you don’t mind eating an animal if it is put to death humanely, then please order the ribeye. Think of it as recycling. Instead of burying the bovines, it gets used as food for the hungry.

Going back to a topic I’ve already put some thought into, rawhide is a man’s best friend in the blistering sun. A new study came out recently that proves that animals have been eating other animals to survive. This 7 year finding observed animals from all continents to see if they would eat or starve. In almost all cases the animals consumed other animals and bugs even if they were given leafy desserts afterwards. Some stubborn animals refused to eat cooked meals, but the scientists managed to force feed lab rats to unsuspecting animals while sleeping or procreating. Beyond the studies, it has been found that plant-eaters, or derogatively known as herbivores, have a higher occurrence of constipation due to high fiber in the stools. They are the end of the food chain as they will be devoured by predators.

Us hippies prefer to save the earth and keep Mother Nature free from crop destroying plant killers. Think of all the oxygen we could gain and all the CO2 that would be swallowed by uneaten trees and shrubbery!?! We’d be one leap closer to a greener utopia where mother and child could suck the last morsel of meat off a rack of ribs. HERBal teas? Nah… We prefer Carnal Tea.

Protein is important for health and growth. And the protein that comes from an animal is guaranteed to be more kinetic due to the warmblooded-ness of many of your favorite foods. This extra energy emits a stronger action potential that has been correlated with fulfilling longevity. A little-known fact is that some vegetables and non-metazoan foods contain harmful Acrylamide, or Contratein (against protein) which can be found in potato chips, french fries, baked wheat products, and possibly fried greens and veggies. Acrylamide eats away protein antibodies that may lead to a higher incidence of pathogen-carriers such organic cancer (colloquially known as herbal organ intoxication) and carnophobia.

Please think the next time you order something from a fast food joint. Get that Big Mac without lettuce. Avoid raw leafy substances. Remember when they recalled spinach? They recalled it for a reason. It’s disgusting (without being covered in meat broth). Bugs and stupid small-brained animals resort to eating, sleeping on, and defecating on plants for leisure. Stay as far away as you can from plants and your mouth. Every plant has its germ. The chlorophyll and plant structure is designed to survive and one of its tactics is human sickness. It is nearly impossible to remove every bacteria and fungus from a plant. It requires temperatures hot enough to cremate the plant before microorganisms are totally abolished. After it has been sanitized, it no longer contains nutrients and the ashes have a bad aftertaste. Believe me, I’ve tried to mask the taste with cod liver oil and butter with no luck. Just say no to saying yes to plant food. You are not a hamster. You are a sausage king. Just don’t get too carried away and enter a hot dog competition.

I’m not a grammar Nazi, but I thought this was funny and educational “in one fell swoop.”

Necessary use of quotes include

– demarcating speech: “Yo Dawg,” said Rover.
– sarcasm or ironic references, often said with intonation or with the help of air quotes.
– Use–mention, noting the word itself rather than concept or meaning: “Uke” may have originated as a shortened form of “ukelele.”
– Titles: I repeatedly listened to the Beach Boys’ “I Just Wasn’t Made for These Times” 12 times.

Other times they are used for emphasizing words, when more accurately underlining, italicizing, highlighting, or even circling may be less ambiguous to the intentions.

This could imply you are lending not-so-clean clothes. Or that “clean” has a different meaning than expected. Think about the importance of a place that has “AIDS free” needles! Hah.

Get your “kicks” on “Route 66” over at “http://quotation-marks.blogspot.com/“

A normal serving of Caffeinated Soap will dish out 200 mg of caffeine directly into your body. No eating of the soap is required. Just cleanse yourself with this and feel rejuvinated. Shock Soap is the new cocaine.

In the name of productivity do people turn into products.

This is a picture of raw caffeine in white crystalline powder. Looks a bit like cocaine, but it’s much more legal and widespread. Even narcs use it.

Tom Cruise has been one-upped. This guy’s enthusiastic voice amplifies the stupidity and length of this blooper (or intentional Scientology-induced impaired recognition). 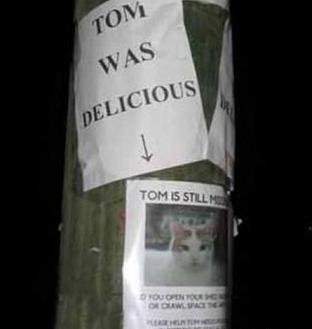 From these headlines, I’ve confirmed why I don’t read the newspaper: I don’t know that Teenage Girls Often Have Babies Fathered by Men. I will forever be stupid in the obvious world of News.

I’ve got to admit, these are some of the most truthful stories I’ve seen. I might just pick up a newspaper and turn over a new leaf. I always thought journalism was 20% truth, 80% fabrication (or any given percentage).