You know you’ve been asked one of the worst interview questions when your interview turns into an outerview to leave. If you’ve ever thought to yourself “I gotta get outta here,” chances are you were confronted by an awkward or ridiculous job interviewer or experience. Here are the top 10 (un)best behavior interview questions.

I haven’t been copmlex lady lately, so I am going to expose a conversation I had recently. A recent commenter wanted to know what to do with a cheat cheat cheater cgeat… who wants to say f off but wont.

My advice: Get out of the relationship if the person doesn’t know the letter after “e.”

She was searching for the “let me go down on you” experiment, it turns up that it doesn’t really work. Going down or even going downtown with someone doesn’t make them cheat on you. 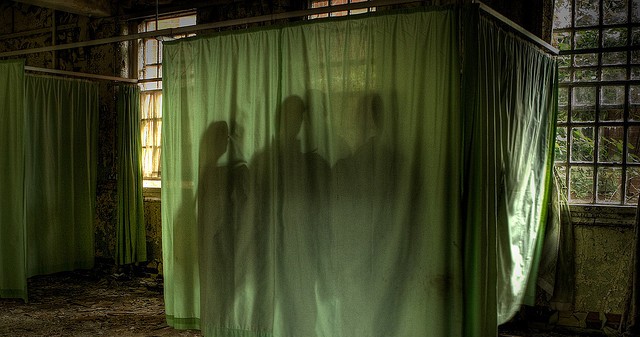 He will be using his constitutional right to have an incurable disease, to toil, to be weakened by inability.

He is entitled to have poor insurance. As the world turns, he brings his suffering to the hospital for treatment above his income.

He almost dies from the surgery, but lives through the pain and his heavily guarded prison cell called a hospital bed. You can’t take enough pain medicine to stay alive and be comfortable. They won’t give you insurance unless you are in good condition. If you pre-exist, you are a considered a vermin that needs to be expelled from the system. If they can afford human pest control spray, they will use it on you.

Until it is wrong, I have the right to my disease. I, however, do not have any way to fix it without the right tools, assistance, help.

I really like bacon. Even Vegan bacon will do, but nothing can beat the real thing. Whoever invented bacon eating is probably getting punished for causing lodged bacon in the heart. 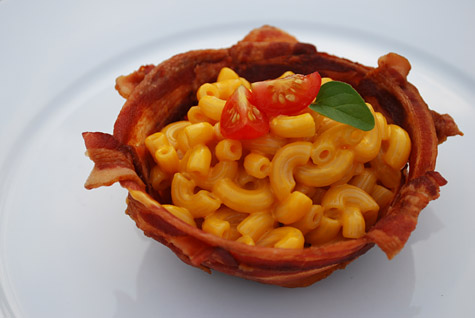 I also believe in the political campaign of bacon. Begin the rev-O-lution with donuts and bacon. 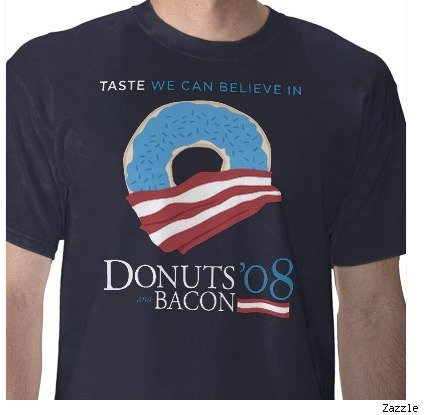 And now all we need are bacon snuggies to keep us warm in the winter, and keep us fed on the couch. Lady Marmalade Lady GAGA went too far with her raw meat costume, but if it were bacon I would have let it slide… right into my mouth. 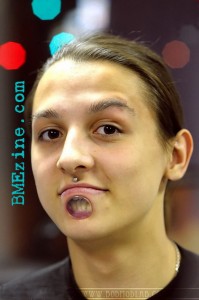 Yes, the chew-with-your-mouth-closed advice need not apply. All your goodies will show. He brushed his teeth for this picture.

Is this ridiculous bizarro. Why not just get a plastic wrap skin transplant so we can see everything? And get some clear acrylic teeth too.

The writing of an English PhD: (stands for Phig-Drinker)

hypochondriacs in hyperspace.
revive my time. It’s not a free for all.
perform my life. It’s not an exorcism.

People can live in a 3D Mario Bros. world (or room) 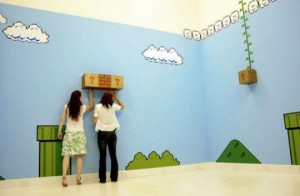 Or try the lego, the classroom, the paper, or the drawn out.

when you have no time, no money; no life. You can make a lifting at work. Lifing becomes the action of life- a verbing. You can make a life of having little money to satisfy basic needs. Lifing is the most difficult task, but the sweeting pleasure.

I’d shuffle cards til the day I die to get a couple of winnings at gambling. I’d throw my shoe at the stock market. It’s the market that is always a little too fresh for my taste. I’ve got no tastebuds. I’ve haven’t got buds. Or pals. Just google. I love you honey. I married google.com by feeling lucky.

Be the best you can be. That’s what they say. Solitaire confinement is all I get. 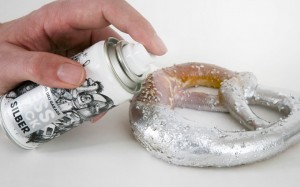 This German spray paint will bling anything. Then you can still eat it. It claims there is no taste difference. It’s called DEKORATION ESSLACK, which translates to me as Glittery Exlax. I’d be willing to try it, but I don’t see much purpose. Would it prevent your coworkers from stealing your food you leave in the fridge?

I don’t speak German, but I do translate it:
Already time for a chromium plating? Or asparagus shield? With Esslack that is completely simple. If you improve culinary creations of each art as beautifully as the result, the handling is so uncomplicated: More shine, more beatuful!… Take the covers off the lid and up-spray. Finished. Esslack chromium plating and golds everything that comes to it in the kitchen under the nozzle, and is without hesitation consumable and absolutely taste neutral.

Easy, Breezy, Beautichrome. Covergirl for your dinner plate! Dogs will thank you for serving them aluminum biscuits. Spray their medication so they think that they are eating $19,891,898 gold nuggets! Yum.

What if evil was wholly disjointed from the entity that is declared good? Well, it would be good when taken with the other that is contrasted. Blindly taken alone is incomprehensible as a room with no light in it or when one looks at the sun. There is a supposed problem of evil, yet without it goodness has no worth. And lowly aspect of goodness become evil in replacement of the absence of evil. The Manicheans believe that the universe was created or is the collision between good and evil. They suggested that one should strive to be good but that pure goodness would not be attainable without ending the universe and even existence.

On the opposite end, this end of the universe experience is promoted through wire-heading. Wire-heading is hedonism by means of programmable post-human pleasure at its maximum and the implications of developing a pain-free being would only cause them either to lose humanity or to develop pain from the pure happiness. This is the ambition of the perfection of mankind which I think is rather impossible.

I guess it would just be you connected to a machine that constantly gave the feeling of ultimate sex (or whatever your view of the best pleasure is) like a stream of chemical data that would block any negative aspects and only produce positive effects. This would be administered either by implantation of a supercomputer type device or somehow just alteration by speeding up natural selection toward perfection. There are scientist and futurist who are saying that we are coming closer to increasing the rate of evolutionary process.

However, morphine blocks pain, leads to addiction/withdrawal, perhaps it could sustained. Dopamine flood and all the sudden–too much and you simply go loco. I feel that technology would end micro-evolution before it enhanced it.

Perhaps science could could invent receptors that are wired to prevent overload, which is a 40 year old promise yet to be fulfilled. People might still get lonely. Not if they could somehow create impulses of companionship but there you’d lose any reason to be alive if it was all illusory, which is what the goal essentially is (to have the programed reality become superior or to stamp out the human race).

This is genetic engineering, my friends. This is reification, folks. And reification is regard or treat (an abstraction) as if it had concrete or material existence.

Wireheading may have potential to destroy all pain and create unlimited hedonic pleasure (possibly unreal, void of authentic happiness)

“Wireheading has punctured the barrier of thoughts in the brain to map onto computer functions which has lead a paraplegic to carry out games of Tetris, and other stunts.” It has also given disadvantageous opportunity for abuse and extremity toward a fallacy of eternity.