Being an expert on genital herpes, I know for a fact that experts know a lot about Herpes Simplex. 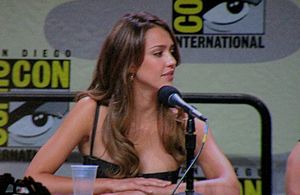 Unfortunately that’s as far as it goes. Some adoring Alba fans are in mass hysteria with the alleged news of outbreak heaven known as Herpes. An insider had to fill Valtrex prescriptions for her supposedly. And even though nobody can confirm anything, they’ll place the cause on Derek Jeter. Then it snowballs with everyone who slept with everyone.

Is this a turn off to Jessica’s fanbase? L.A. Rag Mag points out that plenty of other perfect body beauties have blemishes on their intimate areas, but it doesn’t detract much of their approval rating. I’d be interested if someone did some dirty research and wrote a sociological book about the subject of STDs of famous people and how others perceive and react. Is there a higher standard for them? A lower standard? Does the perception differ from ordinary people?